Nature and the environment

Before politicians reach a decision on a construction project like the Ringsted-Fehmarn Railway Line, detailed studies of the nature along the line are conducted. Here, biologists and botanists map the existence of rare animals and plants to assess how we can implement the project in a way that limits the impact on nature and avoids affecting nature areas and wildlife that are protected by EU legislation.

In addition to the necessary expropriation of land for the future railway line, there are several other matters that can affect wildlife, such as noise, tree felling, or if clay and soil are washed out into the watercourses.

There are different types of fauna passages, and distinctions are made between amphibian passages, passages for small and medium-sized mammals and passages for larger mammals.

Fauna passages are most effective when they are built in connection with existing, natural corridors such as hedgerows, on the edge of woodlands and watercourses. In certain places, we plant trees or bushes, or erect wildlife and amphibian fencing for the animals.

We create new ponds wherever we close ponds or where general deterioration of habitats occurs. Replacement ponds can compensate for the railway’s impact on amphibians and bats, because they can, within a few years, develop into suitable habitats for amphibians and hunting grounds for bats.

When we close ponds or habitats, and diversification options generally deteriorate, we build replacement ponds with 300-500 square metre stretches of water.

A pond suitable for amphibians is relatively shallow, so large fish that eat tadpoles do not thrive there. The shores should be flat so that the amphibians can easily make it onto land when they are going to breed.

On several parts of the stretch, sand lizards have been registered. Banedanmark is therefore establishing new biotopes on south-facing slopes where the sand lizards find new homes in sand and gravel-mixed soil. Since the sand lizards prefer the sun, the slopes are only planted with some scattered bushes.

Several species of bats use old, hollow trees as breeding grounds or wintering areas, and are therefore threatened if we fell the trees.

That is why the biologists went into the field in April 2010, before leaves had grown on the trees, and it was easy to see whether there were hollow trees.

Later in the year, the biologists returned to the areas that were possible homes for bats. Here, the occurrence and flight patterns of bats were closely studied with the help of ultrasonic listening equipment.

As far as possible, Banedanmark’s working areas are placed where they do not interfere with bats. If it is necessary to fell trees that are suitable for bats, the felling occurs in September and October, when the animals are not yet wintering, and when the bat pups have flown the nest. We also put up bat houses to compensate and bat shelters under bridges. 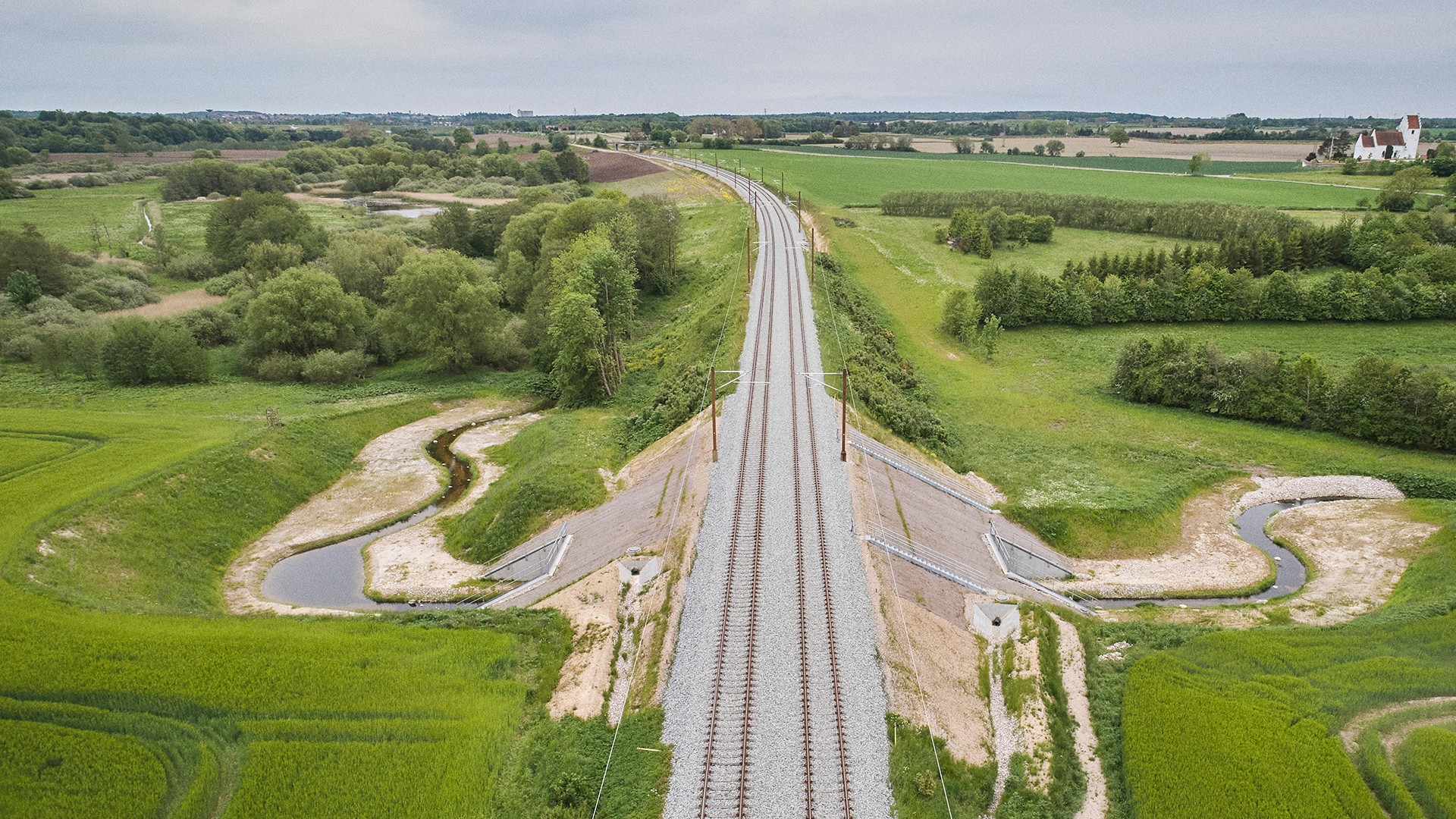 Watch our video about the project