Several of the existing stations will be modified and new platforms, lifts and footbridges will be built in connection with the upgrade of the railway line. A brand new station will be built at Holeby.

Illustration: There will be four tracks and a footbridge in Holeby

We are moving the station 200 metres south. We are also moving and raising the footbridge to accommodate traction power supply.

We are raising the footbridge to accommodate traction power supply.

At the southern end of Vordingborg Station, we are straightening the track so we can install a double-track stretch over Masnedsund and Masnedø.

South of the platform between tracks 2 and 3 we are completely re-building the track system. The new track will run east of the existing tracks. The platform along track 1 has been extended, so it is now approx. 320 metres long. The platform bridge over tracks 1 and 2 will be removed and replaced with a new and taller bridge, which will extend across all three tracks and with access from the campus area west of the station. The platform bridge will be equipped with stairs and lifts. Finally, we are removing the old harbour track.

At Orehoved we have built a temporary station. This will be the turning point for trains from Copenhagen, during periods when train traffic over Lolland and Falster will be suspended. Here, there is also a parking place for the busses that are transporting passengers onwards, and there is also a small commuter car park.

The station is built of wood with non-slip surfaces and equipped with lighting, ticket machines and a speaker system. When the station is no longer needed, it will be removed.

We are building a footbridge with lifts and stairs. Until the footbridge is completed, it will be possible for pedestrians and cyclists to cross the tracks at the former level crossing at Eskilstrup Vestergade, while the road traffic will be re-routed over the new overpass above the railway line, south of the station. 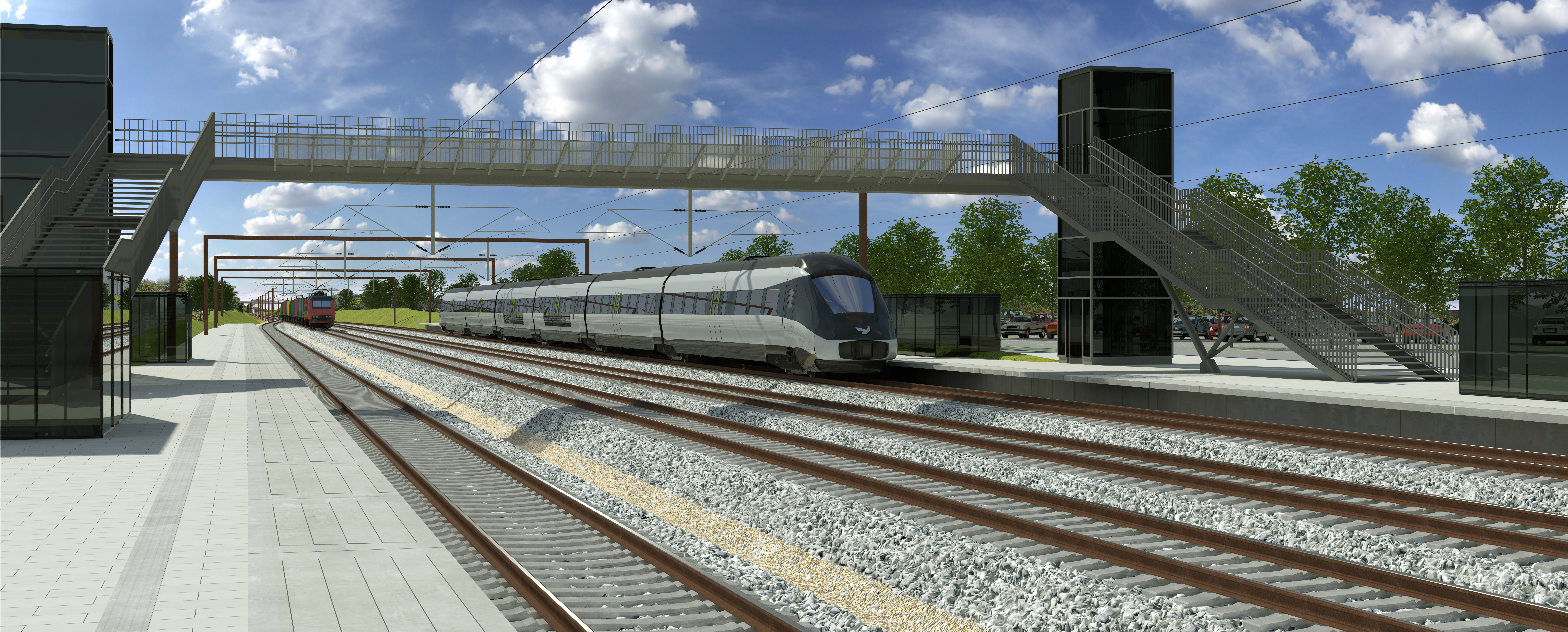 We are modifying more than 100 bridges.